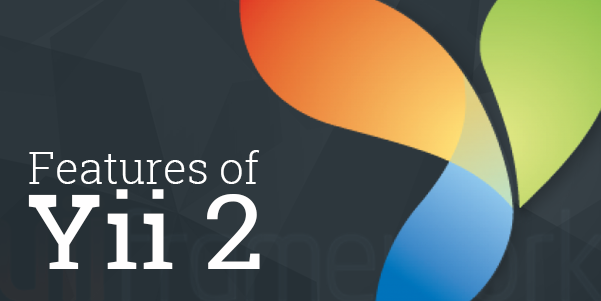 Yes it is! Once a new technology rolls over you, if you’re not part of the steamroller, you’re part of the road.

Yii is a high performance Web programming (PHP) framework, meaning that it can be used for developing all kinds of Web applications using PHP. Its component-based architecture and sophisticated caching support, makes it suitable for developing large-scale applications such as forums, portals, content management systems (CMS), e-commerce projects and so on.

Yii has two major versions available currently and they are version 1.1 and 2.0. Version 1.1 is the old generation and is now undergoing maintenance. Version 2.0 is a complete rewrite of Yii, adopting the latest technologies and protocols, which include PSR, Composer, traits, namespaces, and so forth. Version 2.0 represents the current generation of the framework and will reflect main development efforts over the next few years.

Normally projects require a certain amount of repetitive assignments that no one wants to waste time with. Yii offers a few tools to guide you allocate less time on those tasks, and it helps in reserving more time revising your application to suit your clients’ wish.

One of the most authoritative and configurable of these tools is called “Gii”. It is a web-based code scaffolding tool, which grants you to instantly build code templates for models, controllers, forms, modules and extensions.

Safety first is safety always. For web applications security is a crucial part. Yii assist you to create a more protected application through features of security application component.

Yii is pretty popular with its capability to be tailored as per one’s needs and every component of the framework is virtually extensible.

Time is precious for every professional, and no one is interested to waste time for complicated installation and configuration process. In Yii installation is managed by composer which makes it very easy to install.

A website must be a sparrow not be a snail, a slow website makes annoyed users. Yii furnishes a lot of tools to gain speed. Yii’s all cache components are extended from yii/caching/Cache, which grant to accept which cache system we want while using a common API. We can use multiple components too.

As I mentioned earlier, Gii is the most commonly used crud system and this amazing feature avoid repetitive coding and unnecessary jquery validations.

Social media integration via API is simple in Yii Framework and it gives lot of backing of social media to boost the popularity as client base. If the user base develops the Yii framework it construct to expand and knob bulky traffic with ease without any further costs.

Codeception module in Yii2 2.0 helps developers shorten the time for integrating unit process and when we come across automated tests it creates acceptance test for our application. Codeception composes it very simple to construct our application all along in the testing.

Yii framework is an extreme choice to create a website with quick, extensible and security features. You can easily create web applications and make it awesome with its structure design. It is suggested you to use Yii for your next project.