Blog Quality AssuranceWhat is Testing and why is it Important?

What is Testing and why is it Important?

Testing is the process of verifying and validating a computer program or an application by considering the client’s requirements. Simply we can say that, by using this technique we deliver a complete and satisfactory product to the customer or end user. Or we can also say that as a result of testing the system that we developed should become defect free. To make sure our software system is defect free we need to check whether the actual results match with the expected results. So, it is important to know the following, 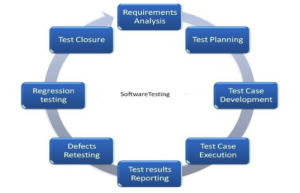 Why is Testing important?

We all make mistakes. Some of them are negligible and some are dangerous. Software bugs could be expensive or even dangerous and these bugs can cause monetary and human loss.

In 1994 Chinese Airlines Airbus A3000 crashed because of a Software Bug, which took 264 innocent lives. In 1985, Canada’s Therac-25 radiation therapy machine failed due to software bug and delivered destructive radiation doses to patients which resulted in death and critical injuries.

In 1999 April the costliest accident in history happened where a software bug caused the failure of a military satellite launch which spent $1.2 billion. In May of 1996, a major U.S bank had to face heavy lose because of a software bug which caused the bank accounts of 823 customers to be credited with 920 million US dollars.

In our fast growing world, customers want products to be implemented faster than their competitors. Clients always demand for defect free software or application program and thus software testing is unavoidable in Software Development Life Cycle (SDLC). It is always better to introduce software testing during the early stages of SDLC phases, so that it helps to identify the defects in the early stage and avoid bugs. Software testing helps to make sure that the product is defect free and serves the real purpose.

The most important thing to be noted by a software tester is that, development environment is different as that of the testing environment and testing is done based on Production environment. For an instance, a developer might be using Google Chrome for developing a web based application but it might be possible that the user who uses this application could be using any other browsers. So while testing such applications browser compatibility must be tested. It helps to clear all defects before moving to production or to the end user. Software testing always plays an important role in security of software, for example while integrating a payment gateway, a tester makes sure that data transferred through the system is safe and secure. Each small module in a system must be tested to ensure its accuracy and validity.

When is testing complete? Actually never

Software testing is one of the critical part in software development which ensures quality of any software or web applications. Testing is inevitable in every organisation. Software testers and testing tools act as a last line of defence and ensures quality. Testing is a never ending process as every organisation’s common objective is to release a quality product and make sure of customer satisfaction. Let quality be our priority.