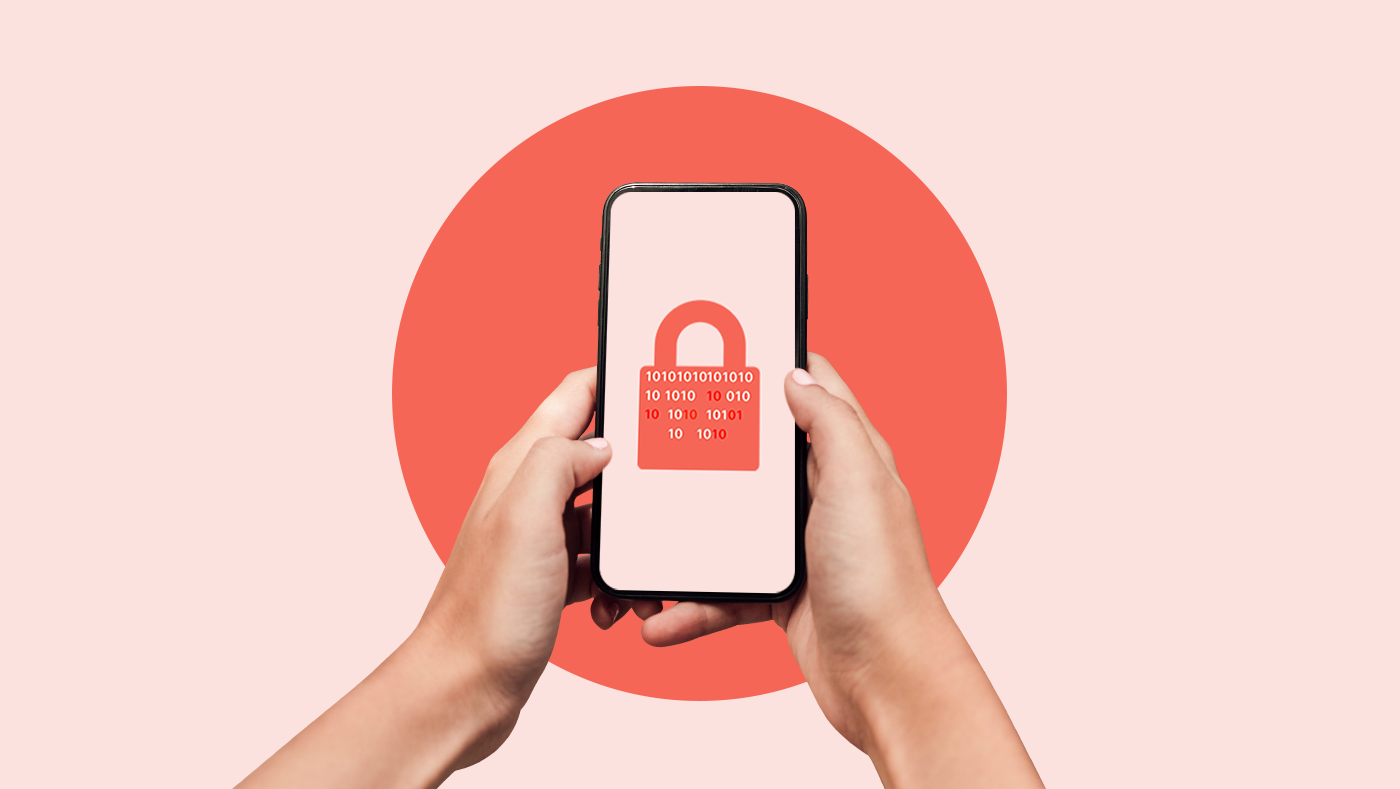 The term data encryption is commonly heard nowadays; we hear about encrypted emails, WhatsApp chats, and so on. It’s not just spies and the military that use encryption, but ordinary folks like you and me. What is it all about? Let’s find out!

This refers to the technique of safeguarding communications and information by using cryptic language or code so that nobody other than the intended recipient can understand what is in the message. This way, unauthorized access to information is prevented. ‘Crypt’ means hidden, and ‘graphy’ means a form of writing.

The techniques of protecting information in cryptography are derived from mathematics along with a suite of rule-dependent calculations or instructions about the encryption process – this is called an algorithm, or a cipher. It is these algorithms that encrypt messages, making them tough to decode. The features, functionality, and key length of the encryption system decide how effective the encryption is.

Decryption is simply the process where the cipher is decoded and made readable. An encryption key is a string of randomized bits that are used in encrypting and decrypting data. All keys are unique and the longer they are, the tougher they are to break. Typically, keys are 128 to 256 bits long for private keys, and for public keys, it’s 2048 bits.

What is Data Encryption?

Data encryption refers to the process of changing the data from an understandable and readable format into an unintelligible, encoded piece of information so that confidential data cannot be read by unauthorized entities. Messages, documents, files, emails, or any other communication can be encrypted before sending over a network.

Encryption is an important tool that helps us to protect data integrity – and we can’t stress its value adequately. Whatever we view over the internet today – apps or websites – has passed through some encryption layer or other.

Seeing that cybercrime is on the rise, it’s a good idea for everyone using the internet to be familiar with basic encryption techniques. There are several ways in which you can encrypt data, and that’s why deciding which ones to implement in your organization can be a little overwhelming if you’re not aware of what each type of encryption or data encryption algorithm to use.

How Does Data Encryption Work?

What are the Types of Data Encryption Techniques?

There are three main techniques for encrypting data, let’s quickly check them out:

This is also called secret key algorithm or private-key cryptography, and it requires the sender and the recipient to have access to the same key. It is good for closed systems, where there is no risk of interference from third parties. While it is a very quick method, both parties have to ensure that the key is stored safely, and used only with the software that needs to use it.

This is also known as public-key cryptography and uses two keys– one public, and one private key, which is connected mathematically. One key is used to encrypt the data and the other is used to decrypt it. The public key is accessible by anyone, but the private key stays secret with the intended recipient who has to decipher the message. Both keys are large numbers which are dissimilar but linked to each other.

In this method, a fixed-length unique signature is generated for a message, with a unique hash for each specific message. Small changes made to the info can be thus tracked easily. Once encrypted with hashing, data cannot revert to plaintext; hence it is only used for data verification.

Why Do We Need Data Encryption?

Website authenticity is proven with public key encryption because it means that the website origin server has the private key, which issued the SSL certificate.

Encryption guarantees privacy, by making messages and data unreadable for all except those with the decryption keys. This means malicious persons or even government agencies cannot access or

Many government agencies and industries have laws regarding how organizations need to protect the personal information of users and employees with encryption. GDPR, HIPAA, PCI-DSS etc. are some of the regulatory compliance standards that enforce encryption.

Data is protected from breaches, both when it’s in transit or parked somewhere, thanks to encryption. When hard drives are encrypted, the data stored on it will stay secure even if the device gets stolen. Parties can communicate fearlessly and avoid malicious cyberattacks with encryption.

Today several types of ciphers are available in the market; let us look at the best encryption algorithms list:

In this data encryption method, block cipher algorithms are applied thrice to every individual data block. The key size is enlarged to enhance the encryption capacity and afford greater protection. An individual block comprises 64-bit data, and three keys are used in this algorithm, with each key being 56 bits. There are three key permutations available here:

While the total key length is 168 bits, the key security is 112 bits. It is powerful as this key length is very high. This was considered the best encryption algorithm once but is now being phased out.

This is the most popular cybersecurity algorithms today. It is 6 times as fast as the TripleDES and is the preferred algorithm for instant messaging apps like WhatsApp and Signal, and several computer platforms and other technologies.

It is made up of triple block ciphers, with each using cryptographic keys to encrypt and decrypt in a block of 128 bits. The sender and recipient both have the same key, so it’s a single key encryption and decryption algorithm, and the key size is sufficient to protect the data in a satisfactory manner.

This encryption algorithm in cryptography was developed in 1993 as an alternative to DES. Prior to this algorithm, patents and IP of firms were used to encrypt information. This protocol is accessible to anyone as the developer placed it so. It is faster and more secure than the Data Encryption Standard.

This asymmetric encryption protocol uses one key to encrypt and decrypt data. It uses a block cipher, with the block being of 64-bit size; the key size can be anything from 32 to 448 bits. It has a proven track record of data protection with its four S boxes, 16 rounds and 18 subkeys. It’s a Feistel cipher, using one structure for encryption and decryption of data, given that you consider the reverse direction of round keys.

As it necessitates a fewer number of rounds, its operation is swift, and its functionality is clear. However, scheduling the keys is time-consuming and the block size is relatively small, making it vulnerable to birthday attacks; however, it is able to offer good protection against birthday attacks.

This is a symmetric key block cipher form of encryption, where the block is 128 bit-size, with the key size going up to 256 bits. This is another of the encryption-decryption algorithms that use a single key to encrypt and decrypt. It is fast and flexible, and ideal for small smart cards, 32-bit CPUs, etc.

It works beautifully in hardware, and has several functionality exchanges between the time taken to set up and encryption speed, making it stand out among the other encryption algorithms. Some features in this algorithm are common to both AWS as well as its predecessor, Blowfish Encryption Algorithm.

There are some unique characteristics of this algorithm:

This encryption protocol comprises symmetric block ciphers with the block cipher keys being 128 bits, and considered significantly secure, and one of the best examples of encryption algorithms. It has thwarted every attack it faced since it was launched; patented in Europe and the US, it is mainly used for non-commercial functions.

Especially developed for data security, this protocol can handle randomly sized inputs and generate a hash value output of 128 bits. 5 phases are there in this encryption technique, with each phase including a specific task. These are:

A major benefit of this protocol is that it uses the original message and generates a message digest, but it’s a slow technique.

This standard is one of the types of cryptography algorithms that help protect against cyber threats by identifying and reacting to threats, identification management, prevention of online fraud, and so on. It uses both a private and a public key – the RSA algorithm generates both at the same time.

The protocol generates a public key while the computer runs on a secure website, and it’s available for data encryption for the general public. The decryption of the ciphertext is performed with the help of the private key, and the sender is identified using the public key.

No matter what data or information or message you want to secure, it is essential to use high-quality protection that is afforded by an encryption algorithm. Not only does this ensure data protection, but you will also be able to access and read it at your convenience. You have read about different encryption techniques in this article; from this information, you can make an educated choice about the encryption tools to implement at home or in your organization.