Blog Web DevelopmentAdvantages and Disadvantages of Python - A Complete Guide 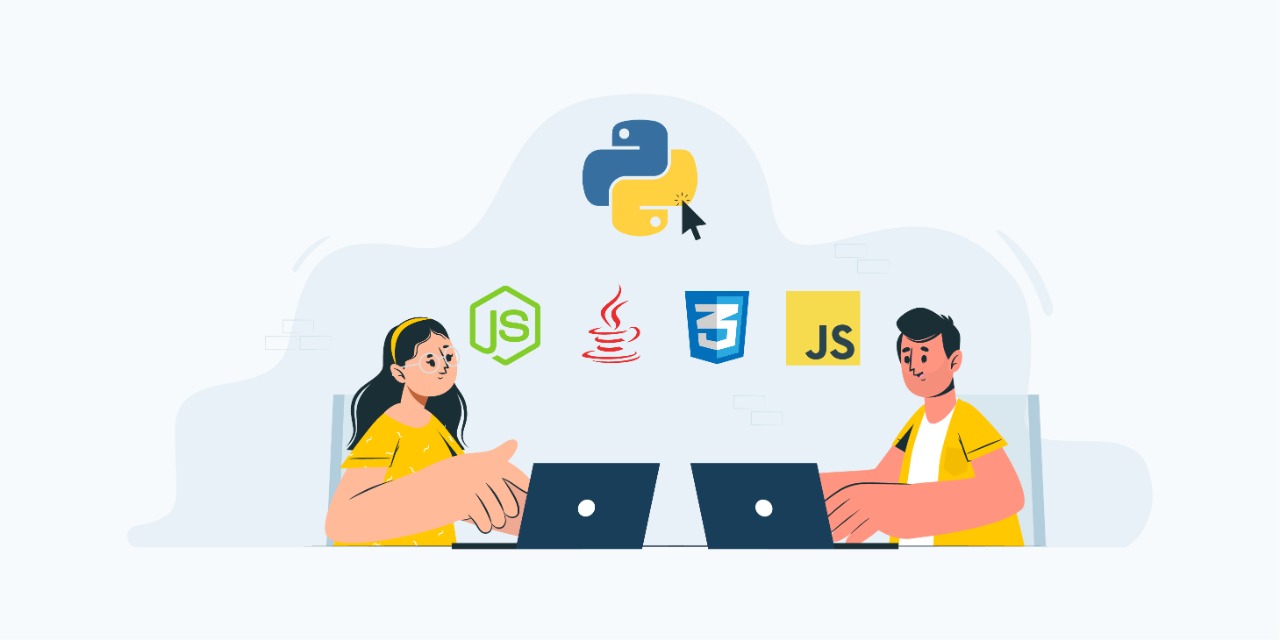 Advantages and Disadvantages of Python – A Complete Guide

Python is a programming language that is free, open-source, object-oriented and is considered high level. To talk about Python language, it has in-built data structures and dynamic semantics.

In combination with dynamic typing and binding, it is ideal for being used for scripting, rapid app development and connecting existing elements.

It is simple, and has a short learning curve, and its readability renders the program low maintenance. Python also has reusable code and program modularity thanks to its support of packages and modules.

Overall, it boosts programmer productivity and makes debugging a breeze. The Python library and interpreter are available for free as it’s open-source language.

Python was written by Guido van Rossum, and officially launched on February 20, 1991. The name comes from ‘Monty Python’s Flying Circus’, an erstwhile comedy TV show on BBC … not the large snakes that swallows its victims!

Unlike other languages which have been mostly developed by big companies employing numerous professionals, Python is the work of this one individual.

Of course, it was developed upon over the years thanks to the contribution of several users, programmers, and testers around the world, leading to its rapid spread and global adoption.

Now that we’ve seen what this language is, let’s continue with an introduction to Python. Why do programmers love to work with this language – why use Python? Here are some of the main reasons:

1. Code Is Easy to Read And Maintain

You need to focus on the source code quality while developing a software app, so that maintaining and updating becomes easy.

In Python, the syntax rules permit expressing of concepts without necessitating extra code.

As it’s readable, it means you need not use punctuations, and can use proper words instead – enabling developing custom apps with minimal code, and less effort.

Python has a powerful standard library which gives it a huge advantage over other languages. Depending on your specific requirements, you can select from among the innumerable modules available.

Every module allows you to add specific functionality for your app without writing more code. Like say you want to execute string operations, implement web services, or handle OS interfaces – all you need to do is use those relevant modules.

Python supports multiple paradigms for programming, like structured, object oriented, and so on. Its features also support numerous concepts of aspect oriented and functional programming.

Additionally, it also includes automated management of memory and its tape system is dynamic. All these features enable its use for building large, complex apps.

Python currently supports several operating systems, and its interpreters can be used to execute the code on certain platforms and tools.

As it’s an interpreted language, you need not compile the code again to run it various platforms, or to make modifications.

You can simply run the code, and check the effects of the altered code. These features make development much speedier in Python.

As it’s a general-purpose language, Python can be used to build web and desktop apps, as well as for sophisticated numeric and scientific apps. Its data analysis features enable the creation of bespoke big data solutions without much strain.

Additionally, the data visualization libraries and APIs facilitate visualization and data presentation in an efficient and attractive manner. Python can also be used for NLP and AI tasks.

As Python is open-source, you can significantly reduce the cost of app development. You can also save time by using the many libraries, frameworks, and tools it offers, depending on your specific needs.

Python web frameworks like Pyramid, Django etc. can help quicken and simplify web app development. For desktop apps, you have several GUI frameworks and toolkits like WxPython, PyGUI, and more.

Python is ideal when you want to quickly build the software app models; you can then develop the application straightaway from the model, by refactoring the code.

With the TDD, or test driven development approach, you can code and test at the same time – all you have to do is write the tests required first. You can do continuous evaluation of the code, and to verify if the app meets the predefined requirements.

Let us now move on to examine the advantages and disadvantages of Python as a programming language.

Python is an open-source language, meaning it can be used and distributed freely; anyone can download the source code, make alterations, and distribute their own version of the language.

This is extremely useful when you want to modify specific behaviors, and customize it for developing your software app.

Though it’s a high level language, Python’s syntax is similar to English, making it simple to read, understand, and learn. You also need fewer lines of code to perform a specific task, unlike Java or C++, etc.

Python has a vast standard library that offers you nearly all the functions you may need for your task – eliminating dependance on external libraries. In the rare even you should need to use one, the Python package manager helps you to easily import packages from the PyPi or Python package index

Python boosts productivity; its simplicity allows developers to concentrate on solving problems rather than studying syntax of the language behavior.

They can get a whole lot done with very less code. This is probably one of the biggest advantages of Python.

Python executes every individual line in the code one by one as it’s an interpreted language.

When it encounters an error, it reports the error and doesn’t proceed with the execution of the code. It also simplifies debugging as it shows only a single error even if there are multiple errors.

To run your program on different platforms, many languages need you to modify the code – but not so in Python.

You have to write the code just once, and it can be executed everywhere. Bear in mind to not include features that are dependent on the system, though.

Till you run the code, Python isn’t aware of the variable type, and assigns the data type automatically while the code is being executed. As the programmer, you don’t have to worry about the declaration of variables and the data types.

To make it simple for the developer, Python needs a lot of memory space; this can be a tad problematic if you want to develop apps where you need to optimize memory.

After the high memory usage, it’s lack of speed is one of the biggest disadvantages of Python.

As it executes the code one line at a time, the speed of execution often is hampered. Where speed is important for the project, Python cannot be used for coding.

Though it is easy to program with Python, the database access layer is underdeveloped compared to other technologies like ODBC.

For enterprise apps, it’s imperative that there is hassle-free interaction of complicated legacy data, and hence it is not an ideal language for such apps.

Python is used for backed programming; due its high memory usage and slow speed, it is generally not used for frontend programming or mobile app development.

The data types of variables in Python can change suddenly, as it is a dynamically typed language. A variable holding a string may contain an integer later, and this can lead to runtime errors.

Many of the frameworks and tools only work for specific versions, and cannot be used with others.

For example, Python 2, considered the legacy version, has several frameworks created especially for it; these are not compatible with Python 3, considered current and futuristic.

2. Lack of Support for Modules

In spite of there being a large Python community, several modules lack support, as the quality of individual packages shared by users differ greatly. Many are not updated regularly either.

Programmers today embed block comments to deactivate or isolate certain blocks or sections of code to improve code readability and make it easy to maintain.

This can create more work for developers, as they have to write comments for every line of code that needs to be assessed; making it one of the most severe limitations of Python.

4. No Prebuilt Statistical Models or Tests

To facilitate the presentation and analysis of massive data volumes by a Python app, developers often have to use third-party libraries, as the ones in Python are inadequate for the purpose.

Why Python Is Better Than Other Languages

We have already seen the many advantages Python offers to developers; this is exactly the reason why it is better than other programming languages like Java or C++, and so on. Let’s do a quick recap of those reasons:

Now that we have a much better understanding of Python, its advantages and disadvantages, let us see the practical applications of Python. Python is primarily used by developers and software companies for the following:

Here is a list of some of the well-known companies that are currently using Python for their applications:

Why Do Companies Prefer Python?

Companies prefer Python for its ease of use and simplicity, and its ability to increase productivity while reducing cost, time, and effort required for the development. It can also be used in combination with languages, making integration with existing code for upgrading, simple and quick. Scalable frameworks and libraries, reusable code was written by other programmers, etc. make it easy and fast to develop web applications.